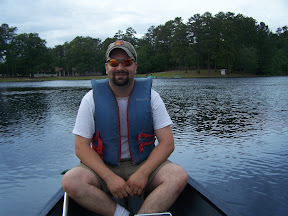 Every group has the guy whose crazy antics should lead to certain death but somehow doesn’t. Even though everybody else regularly questions this fellow’s sanity, they still keep him around because he’s just so dang amusing. For the Briary River, that guy is Joe. He is like a mixture of Elmer Fudd, Wile Coyote, and the Tasmanian Devil. He has that lovable stuttering laugh, plenty of useless gadgets, and ADHD. Regardless of whether he’s after silly rabbits or road runners, he can always find a way to be outwitted by the game he’s hunting. 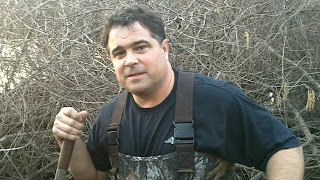 Every group has their self appointed leader. This is the guy who really knows his crap. The problem is that it’s really all crap and he’s full of it. However, nobody questions him because all that crap could possibly hit the fan. He’s not really a butthole, but he pretends to be. For all logical reasons, that makes him a butthole. At Briary River that butthole has a name. That name is Buckman. He’s not the type to assume that his crap don’t stink, but does assume that it doesn’t smell as bad as everyone else’s. The man’s taste buds even scream contradiction trough his hatred of cheese and love of Doritos. 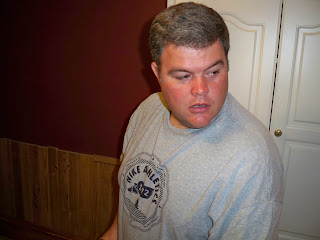 Every group has the guy who’s a borderline genius but lacks proper social skills. He’s obsessed with numbers and freaks out when they don’t add up the way he envisioned. He constantly makes noises with his lips other than useful dialogue such as fart sounds or motorboat noises. The noises aren’t intentional. It’s the exhaust from his brain exiting through those pouting lips. For us, that guy is Bernie (Bum Bum). Whether you’re playing him at checkers, battle ship, or tic-tac-toe, you might as well cheat because he’s going to think you did anyway.
Every group has the guy that proclaims to be the most artistic and creative minded of the group. However, all he really excels at is drawing gnats and flies. He could possibly pee his name into the dirt if his cursive wasn’t so rusty. The constant stop and go of writing in print would be too painful and require too much concentration. You won’t find him in deep thought, because the water is shallow and the river is narrow. This is Briary River’s Casey. Honestly, it’s hard to get much out of him, but he will do it for a Scooby Snack. 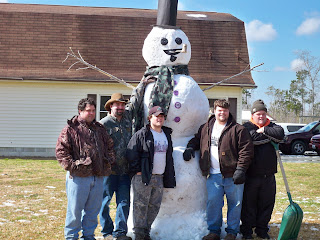 Every group has a hobbit. He’s that hairy footed little mountain of a guy, who rarely cares to leave his beloved Shire. Although he’s a very curious little one, he’s content to stay confined to his own little world. He might leave his home if the fate of Middle Earth depended on him throwing a little ole ring into the fires of Mount Dune, but I wouldn’t count it. Our little Frodo Baggins is none other than Tracy. However, unlike most hobbits, he’s a little bi-polar. Depending on his mood upon reading this, he may just beat me over the head with an oak stick for writing it. 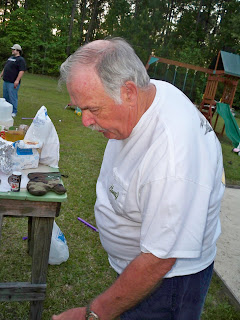