We have an Etsy shop and now offer free shipping.  There is not much on it now but more is coming.

The Secret Hunts of the Buckman and Lil’ Joe

The night was dark.  The stars shone bright and a Carolina moon hung over the river swamp.  It was cold, the kind of cold that seeps through the body and into the bones, so cold that there were no calls from the insects of the night.  Only the warble of a distant owl and the slow cackle of the dying embers of a camp fire broke the cold dead silence of the winter night.
The Buckman was stretched out with his boots off, feet warmed by the dying fire, wrapped in an old quilt, hunting coat balled under his head for a pillow, dead to the world breathing in, absorbing the swamp around him, oblivious to the cold, one with the world around him that most would find so hostile.  At three-thirty his eyes popped open and the fire of life blazed through them and it would have been obvious if there were anyone there to see him that this was indeed a man of the wild.
If there were time to waste this was not it, and upon awaking, I immediately shook off the cold and set about the tasks at hand.  I expertly stoked the fire and added the wood needed to break the chill of the night for those less adapted to the extremes of nature than I.  I scooped fresh coffee in the pot and swung it over the fire.  I tied on my boots and began loading the boat with the tried tools of the endeavor at hand.  I placed the two shotguns under the seat, swung the decoy bag full of our blocks in the front of the boat and tossed in the blind bags with everything else we needed inside the console.
Read more »
Posted by Briary River at 7:46 PM 1 comment:

A little Snowday fun for the Briary River Crew

We don't get often get snow here in our side of South Carolina and when we do it is usually just a dusting.  However this winter we got a nice winter storm and got the most snow that we have received since 1989.  So what do we do when we get snow?

We enjoy it to the fullest.  Here is a little peak at our thrills and spills.


We had Most of the crew there with the adults having as much if not more fun then the kids.

Quick update on what we are working on

Just figured I would give you guys a quick update on what we are working on.

First up we have the boat.  We are rebuilding it and painting it.  We have done a lot of glass work on it, repairing cracks and breaks, rebuilding the nose and ribs, and putting a fresh coat on the whole bottom side.  Next we have to glass the inside. We painted the outside with a tan bed liner and then we got a Natural Gear stencil from Styx River and we are camouflaging it with the paint kits from Styx River.  The inside will be done the same.


Next up we have the decoys.  Even though we started working on them first they have taken a back burner to the boat. Between the mallards, teal, blacks, pintails, and other species we only have about a hundred more to go. 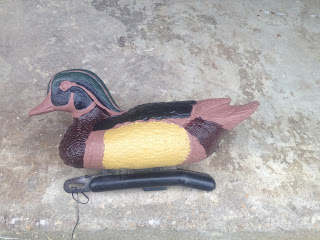 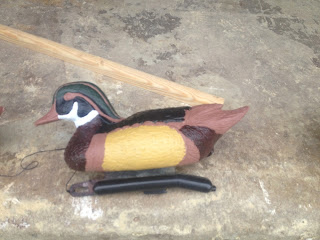 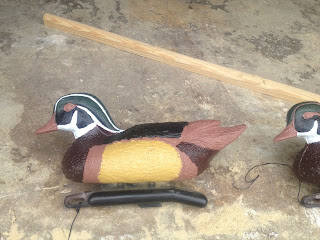 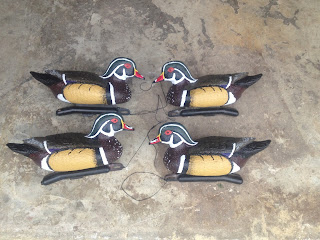 As you see we are staying very busy so wish us well.